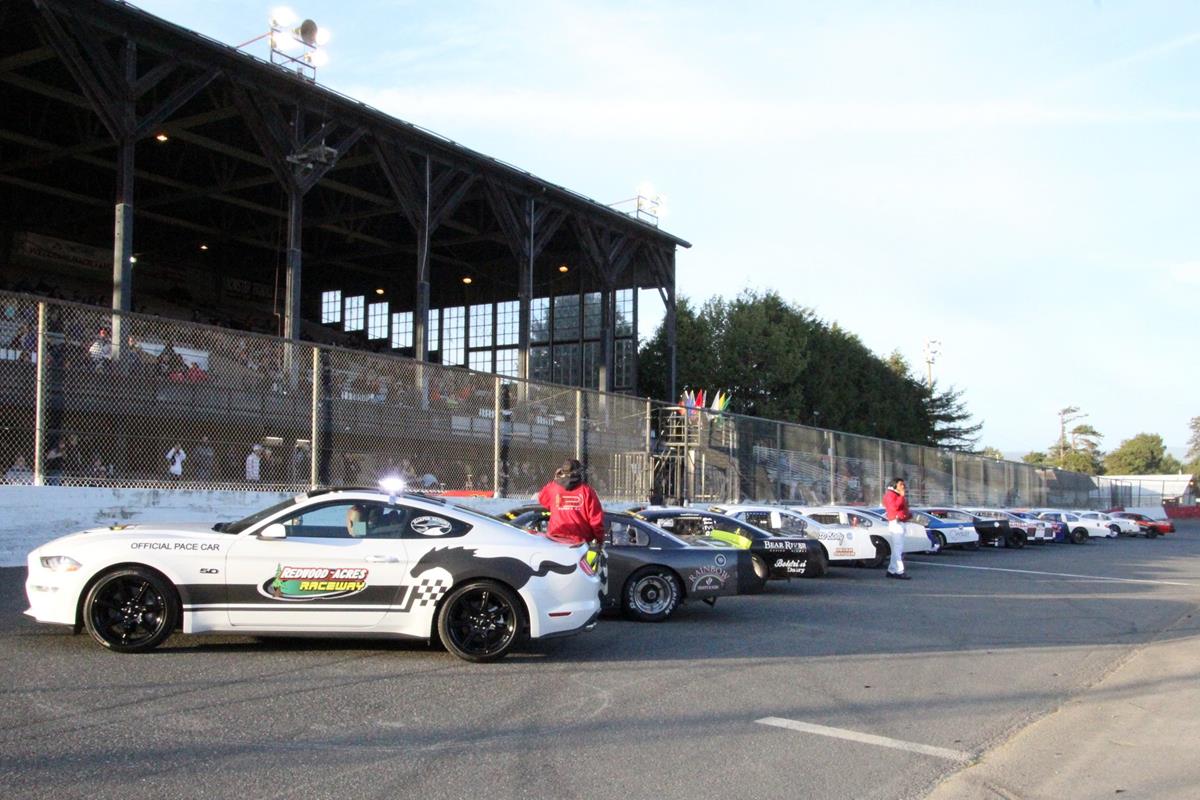 Racing returns to Redwood Acres Raceway Saturday night for the seventh event of 2019. This weekend’s event will mark the countdown to the championship for all six divisions as only three races will be left for the season. Papé Machinery and Papé Material Handling will be presenting the action and with the number of races quickly dwindling and points being so important, the action on the track is sure to be intense.

The track championship for the Anderson Logging Bandoleros will be decided between three drivers, Maleesa Miles, Aiden Kimberling and Kadence Mace. Miles has dominated the division this season but only has a seven point advantage over Kimberling. Mace is a bit further behind as she is 12 points behind Miles. Brad Henderson and MKinzy Uselton round out the top five in the standings.

The title fight for the Compass Community Credit Union roadrunners tightened up after the last race on July 20. JR Brandt’s formerly large points advantage over second place Tim Ratzlaff has dwindles to only three markers. Nick Ford still has an outside chance at the championship but will need the front two contenders to have bad luck as he is 19 points out of the lead. Daniel Buell holds fourth with Jordan Paiment is fifth.

There was a shakeup in the standings for the Four Star Realty bomber division with the local racers participating in the Upstate Bomber Series event in the last race. Sam Brown led the points going into that event but was unable to start the feature. Brown’s misfortune has allowed the team of Raquel Krupa and Jim Redd to jump to the points lead. Second place has also been a two driver effort with Ryan Ahrens and Ryan Walters sharing driving duties. They are nine points out of the lead. Brown is third, 21 points from the lead. Doug Way is 28 points behind with Donnie Hyman holding fifth.

Seven points separate first and second in the Compass Community Credit Union mini stock division. Gary Klinetobe holds the advantage over Brett Murrell. Third place Jarrett Mayo is still in the running and is only 14 points out of the lead. Rick Estes and Brian Murrell, Jr. in fourth and fifth are 29 and 39 points behind the leader and are still mathematically alive for the championship.

Leonard Ward has an almost 30-point advantage in the North Coast Lighting And Electric Legends division. James Nichols in second will have his hands full trying to gain that much ground with so few races left this season. MKinzy Uselton is third in standings but was involved in an incident in the July 27 main event that severely damaged her car and has likely ended her 2019 campaign. Scott Taylor is the highest rookie in the standings in fourth with Brent Mack holding fifth.

The Mid City Motor World late model division will be racing after being away from the action at the Acres since the Firecracker 100 on July 6. David Henderson’s victory in that event catapulted him into the points lead but his advantage over Keith Nelson in second is a scant four points. Marty Walsh in third is only seven points behind Henderson. Luke Hall is fourth and he is 14 points out of the lead. David Miller in fifth was the points leader before the 100-lap event but did not participate in that event. Even so, his domination in the first half of the season earned him enough points to where he is only 15 behind Henderson in spite of missing the last race.

Grandstands open this Saturday August 3 at 4:00 PM with racing beginning at 5:00 PM. General admission for those ages 12 or older is $12, seniors and military are $8, children ages 6-11 is $6 while children five and under get in free. You can find Redwood Acres Raceway on Facebook or on Twitter @RacinTheAcres.