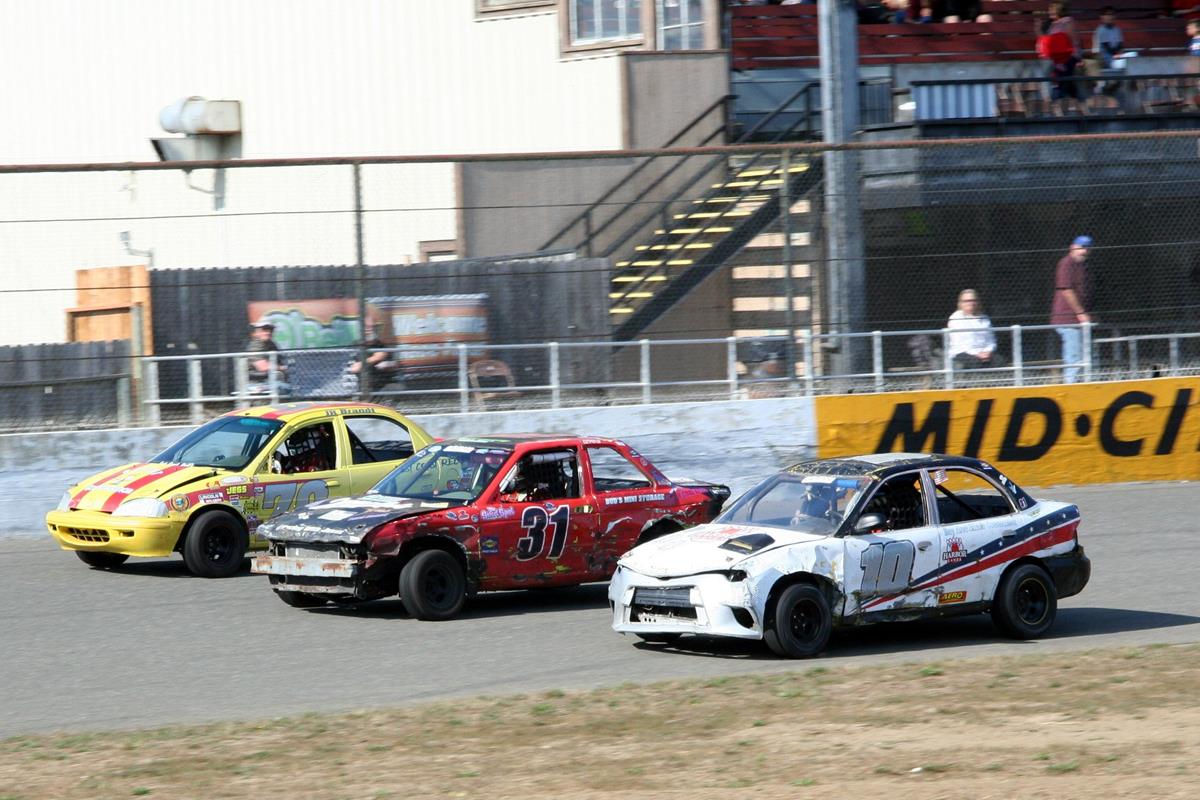 Going into the 2019 season, it was uncertain of how things would go in the Compass Community Credit Union roadrunner division. At the beginning of the year, it looked as though the division would be forced to race alongside Redwood Acres Raceway’s mini stock division. Thankfully as the season progressed, the car count rose and the end result was a surprise champion and a highly competitive season for the roadrunners.

JR Brandt entered the 2019 roadrunner campaign as a rookie but ended the season as the division’s track champion. Brandt’s lone main event victory on the season came in the season opening race where the roadrunners raced with the mini stock class at the same time. In spite of only having one win, Brandt earned his championship by not only being the only driver to start every race on the year but also finishing well in every race as he placed in the top five in all nine feature events.

Second place in the standings was Tim Ratzlaff. He may have had the fastest car week-to-week but unlike Brandt, he did not have the consistency necessary to win the championship. Ratzlaff won a season best four main events but only had five total top five finishes in six feature starts. That Ratzlaff finished 37 points behind Brandt in spite of missing so many races shows how strong of a season he had even with numerous issues.

Daniel Buell has become a seasoned veteran in the roadrunner division and the 2017 champion showed his speed and skill throughout the season with a third-place finish in the points. Buell missed the first three races but raced the remaining six events and was a top contender every week. Buell won two main events while finishing in the top five all six times.

Nick Ford is also a veteran of the roadrunner division but the defending track champion likely didn’t have the 2019 that he hoped. Ford finished fourth in the points but still notched two main event wins on the year and was a top five finisher in all seven main events that he started. Ford missed the season opening race as he opted to race his mini stock in the mixed race with the two divisions. Mechanical issues prevented Ford from starting the season ending main event.

Bryan Brandt overcame a late start to the year as the rookie started his first race on July 22nd. Brandt finished fifth in the standings earning three top five main event finishes as well as two heat race wins. Brandt’s improvement week to week made him someone to keep an eye on in the future.

Other notables who fans will want to keep tabs on going into 2020 include rookie racers Jeremiah Martin and Shannon Palmer. Martin started five feature events and ended up sixth in the standings. Palmer started her first ever race on July 6 but showed formidable speed by season’s end as she had finished of second, third and fourth in the final three races of 2019.