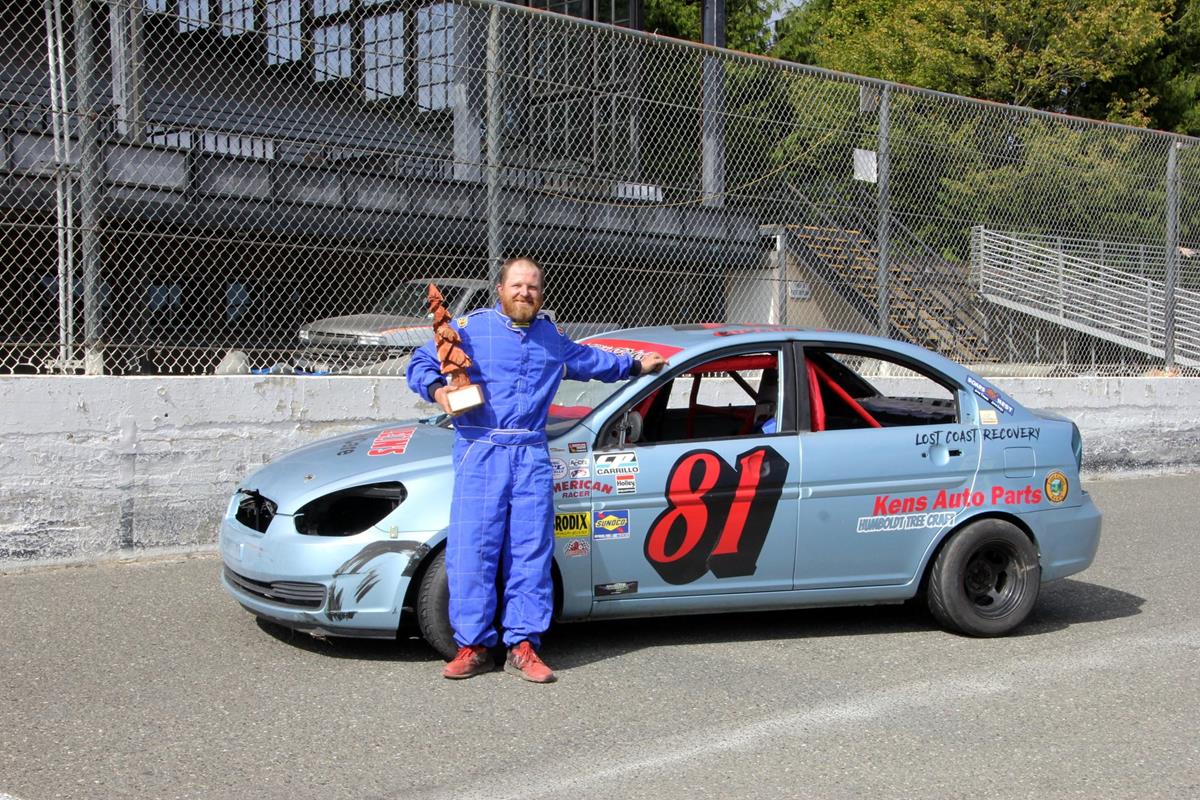 The 2020 season at Redwood Acres Raceway for the roadrunner division saw new faces in victory lane and a new driver as champion. In only his second season, Bryan Brandt was able to win the division crown thanks to consistency and speed.

Brandt won his first ever roadrunner feature on the August 1 event then took the win in the next main event that was held on August 15. Brandt also notched two second place finishes in the season opener on July 11 and in the season finale on September 26. His worst finish of eighth came on August 29.

JR Brandt was the 2019 roadrunner champion and while he was unable to defend his crown, he had a solid effort in 2020. Brandt was unable to win a main event this season but did notch a heat race win in late August. Brandt was a regular top five runner with two third place finishes, a fourth and a fifth with a worst finish of seventh.

Jeremiah Martin may have been the fastest driver in the roadrunners this season but he was unable to race the mid-August event which prevented him from earning valuable points toward the season championship. Martin was the victor in both the opening and closing events of 2020 and placed second in the other two features he started.

After many years away from racing at Redwood Acres Raceway, Wayne Marsh returned in 2020 and had a solid fourth place finish in the final standings. Marsh’s best finish was fourth on August 29 and his experience paid off in getting solid finishes throughout the year in the heat races and the main events.

Ty Rose tied Marsh for fourth but Marsh’s top five proved to be the tie breaker for that position. Even still, Rose’s top five finish in the standings marked a stellar rookie effort for the youngster who started the year off losing his original car in a crash in qualifying. In spite of that accident, Rose was able to return to the track in a different car later that day and scored his best finish of the year with a sixth-place run.

Other notables in the points include Joseph Brown who placed sixth and scored two top five finishes in 2020, Lexi Coleman in seventh had one top five effort in her rookie season and eighth place LeRoy Marsh, Jr. who returned to racing after a several year hiatus was the main event winner on August 29.