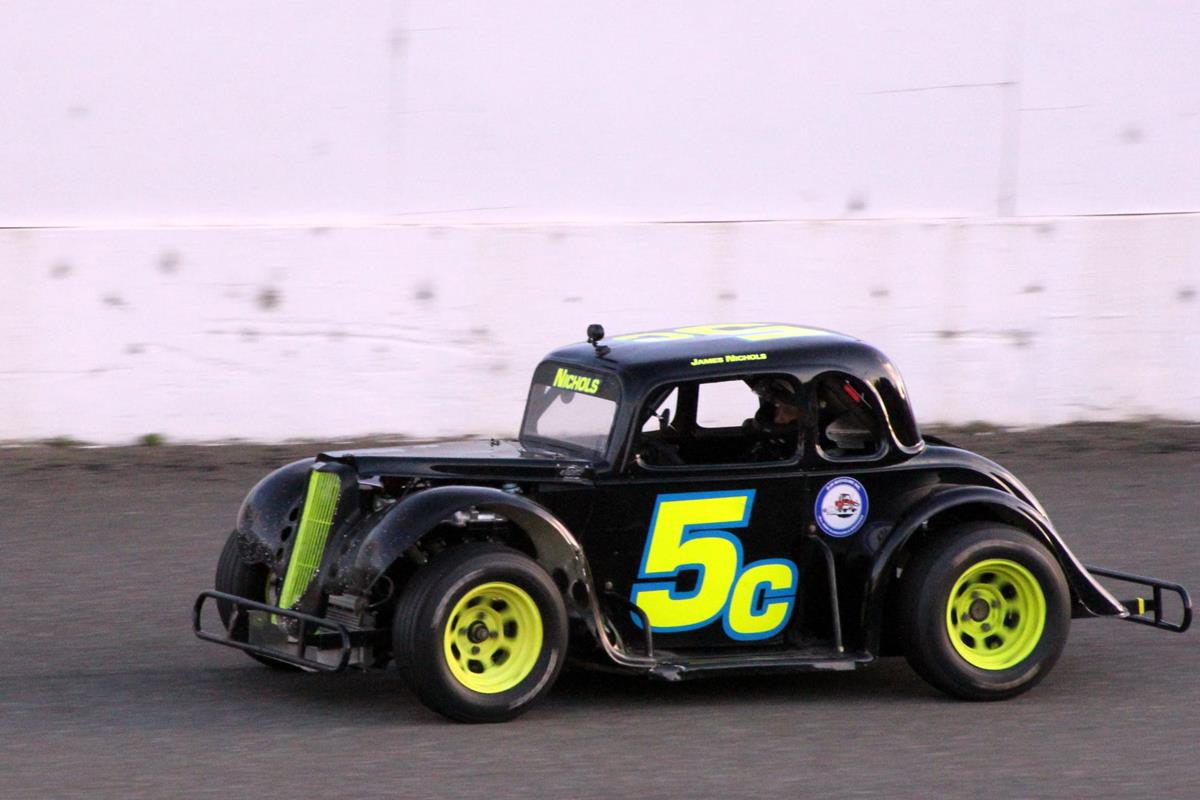 The 2020 season for the Legends division at Redwood Acres Raceway was without a doubt the most competitive since the class joined the schedule in 2016. In spite of the delayed and shortened season due to the COVID-19 coronavirus pandemic, 24 drivers took to the track in the class this season and the weekly car count was strong for all five events. In the end, the driver who was crowned the Legends champion was not only a first-time titleholder but one who many probably didn’t expect to win.

James Nichols took the 2020 Legends crown in his second season in the division. Nichols had raced in the roadrunner division prior to moving to the Legends in 2019. While Nichols was unable to win in 2020, he was a contender every race and was both consistent and smart behind the wheel. Nichols was the only driver who finished in the top five in every feature event and his ability to avoid the numerous big incidents that happened throughout the year was a big reason why he claimed the 2020 championship.

Dane Nissen was runner-up in the standings. The veteran late model racer made the transition to the Legends car look easy as Nissen was one of the main drivers to beat every week. Nissen started off the season with a second-place finish on July 11, a win on August 1 and another second place on August 15. Nissen’s championship hopes dimmed on August 29 when he was unable to start the feature race and his fate was sealed in the season finale when his personal job took priority over racing.

Third place finisher, Tyler Krupa showed a lot of speed in 2020 and will be hoping to continue to improve going into next season. Krupa started off the year strong with a third and a second. A mid-season 13th place effort took him out of the championship running but Krupa was able to recover with two fifth place finishes to end the year.

Rookie driver Andy Thornton faced many challenges in his first season but still managed to place fourth in points. Thornton’s best finish was seventh which he managed to do twice in the first to races of the season. In spite of not finishing in the top five in any of the events in 2020, Thornton started every race which showed not only how important points are but just how much the work of the pit crew is.

Buddy Cox rounded out the top five finishers in points.

The main event wins for the division were taken by drivers who did not contend for points for the season. Derek Copeland was a force in the events he raced in 2020. He won the August 15 and August 29 feature events while also winning the heat races on both dates. Chris Lawrence was victorious in the July 11 opener and also had a second-place finish in the Fall Spectacular race. Brandon White was the winner of the Fall Spectacular feature and will be among the favorites to look for next season.