5/9/2022 -
The 2022 season at Redwood Acres Raceway kicked off on April 30 with the spectacular Rhododendron 100. This weekend, the season will begin its stride 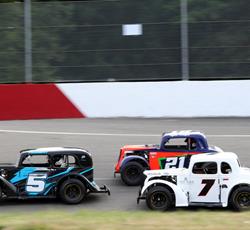 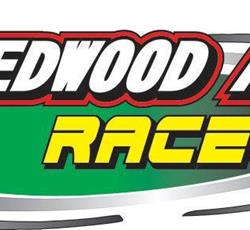 5/19/2022
Redwood Acres Raceway is proud to announce that the raceway will be presenting two $1,000 scholarships to local youth. This is the first year that the track is doing this as track officials are looking to give a boost to those looking at a higher education after high...more 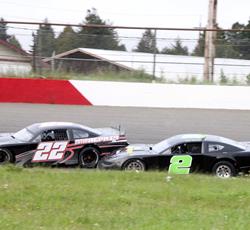 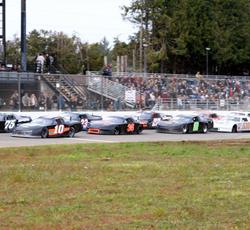 5/9/2022
The 2022 season at Redwood Acres Raceway kicked off on April 30 with the spectacular Rhododendron 100. This weekend, the season will begin its stride as drivers will look to either continue to build on the success they had in the first race or quickly recover from early...more 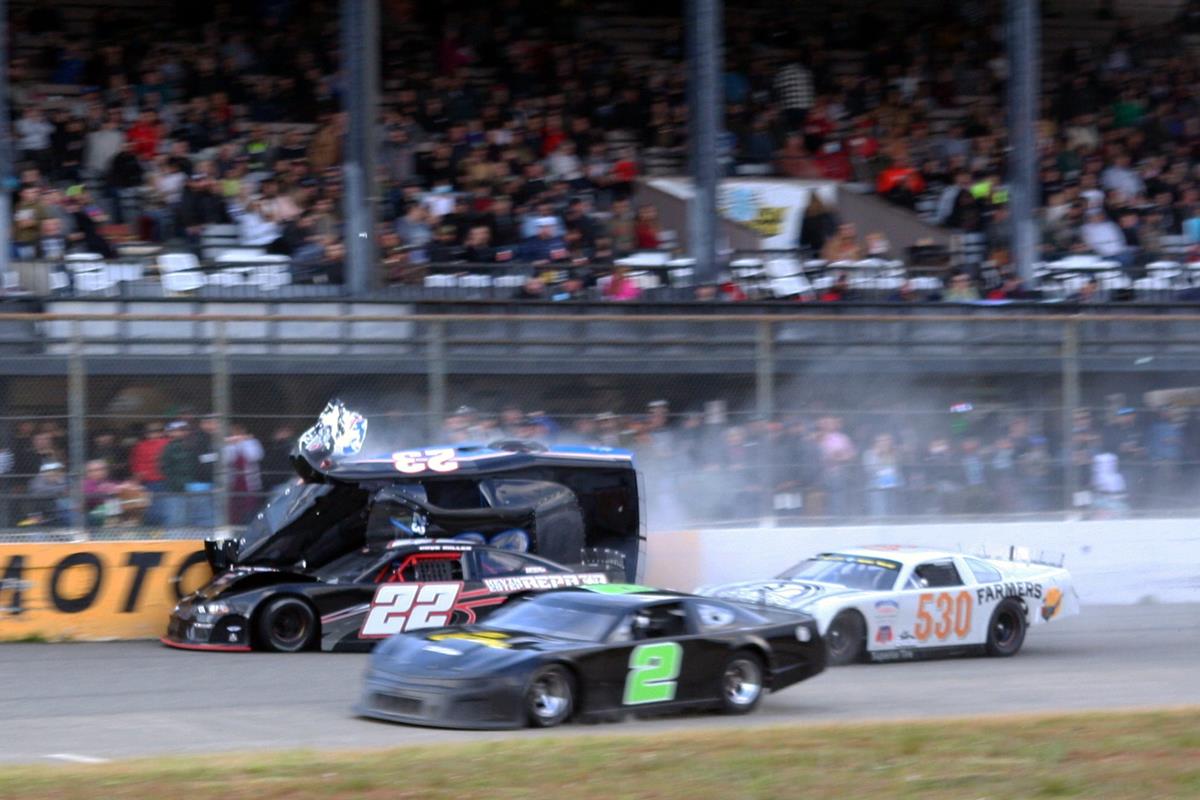 Nissen Wins Biggest Race Of His Career With Rhody 100 Victory

Early morning rains briefly dampened spirits for Redwood Acres Raceway drivers and fans. Thankfully Mother Nature relented and allowed skies to clear for a thrilling night of racing on the 3/8-mile paved oval. The first race of the season was a big one as Old Town Rotary presented the Rhododendron 100 for the late models. A packed grandstand also saw racing in the Legends, bombers, mini stocks and roadrunners.

14 late model drivers timed in for qualifying with Coquille, Oregon’s David Miller fastest with a 15.883. Jeremy Doss had pre-entered to race the event but was unable to due to mechanical issues and the inability to get replacement parts in time.

The invert for the start of the Rhododendron 100 was eight which gave Dustin Walters pole position with Mike Doss starting on his outside. Walters gained the lead at the start but a caution flew early with an incident that saw Lakeport’s Mike Neilson spin into the infield with damage to the lower part of his nose. Thankfully the damage wasn’t severe and Neilson returned to the rear of the field.

The race resumed and Walters retained the lead while Doss struggled mightily on the high side of the track, falling out of the top five. The race stayed green for the rest of the first 20-lap segment as Walters earned $1,000 for his efforts.

The restart saw Walters on pole with Brandon Ash starting to his outside. After a few laps of side-by-side racing, Ash was able to prevail with the lead. The handling on Walters car appeared to fall off severely in the next laps and he quickly dropped down the lineup as Miller, Doss, David Henderson and Dane Nissen all moved by. Walters eventually fell out of the event due to a tire coming apart.

A spin on lap 44 by Kenny Demello saw Ash lose his lead and the restart allowed Miller to use his outside front row position to take the top spot. Miller led to the 50-lap mark and the end of the second stage of the race. With $1,500 in his pocket for leading at the halfway point, Miller had the choice of staying in the lead to go for the $5,000 winner’s purse or to fall to the rear of the field and go for a $2,000 bonus if he was able to get back to the front at the end of the race. Miller chose the safe route and stayed in his position as the race leader.

The biggest moment of the race occurred on the next restart. While coming to the green flag, Miller and Ash came together with Ash’s car forced into the wall and on its side. Ash’s car hit the gate opening just past the flag stand and continued down the front stretch on its side before hitting the turn one wall. A fire erupted at the front end of the car as it rolled on its top. Redwood Acres Raceway’s safety crew was at the scene immediately to extinguish the fire and aid Ash out of his race car. Ash was able to climb out and walk away to the delight of the crowd.

With Miller and Ash out of the race, Henderson inherited the lead while Nissen moved to second. The subsequent restart proved to be pivotal as it ultimately decided the race winner. Nissen got the jump coming to the green. By the end of the lap, Nissen had a five-car length advantage over Henderson.

As the race continued caution-free, the ability to get through slower traffic became a premium for Nissen and Henderson. Nissen appeared to have an easier time in spite of being the leader while Henderson had the misfortune of getting held up slightly on a few occasions. As the finish drew near, Nissen was able to lengthen his lead while Henderson’s hopes of going for the win quickly began to fade. At the checkered flag it was Willows, California’s Dane Nissen taking the biggest win in his long late model career. Though Henderson wasn’t able to win, $4,000 for finishing second likely made the 2021 champion’s loss hurt a little less. Mike Doss overcame handling issues to place third and $3,000. Brandon Barnwell made a strong return to racing placing fourth and earning $2,000. Mike Neilson recovered to take $1,500 for his fifth-place run. Miller earned $100 dollars from Bob Oliver and Competition Carburetion for setting the fastest lap in the 100-lap race.

Although he wasn’t behind the wheel of his late model as he anticipated, Jeremy Doss was racing his Legend on the night. He was in a class of his own as he set a quick lap in qualifying with a 17.654. Doss was victorious in the heat race and came from the back of the field to the lead by the fourth lap of the feature to win in dominant fashion. Tyler Avelar placed second while Tyler Krupa, Jordan Paiment and Maleesa Miles rounded out the top five.

Raquel Krupa was quickest in bomber qualifying with a time of 18.208. The heat race was won by Sam Brown. The main event featured a fantastic battle for the race win between Brown and Tyler Krupa. With three laps remaining, Krupa got to the inside of Brown off the fourth turn to take the lead. Krupa went on to win over Brown, Ryan Walters, Raquel Krupa and Brett Murrell. Brown earned a $100 bonus from Bob Oliver and Competition Carburetion for having the fastest lap in the main event.

Gary Klinetobe set fast time for the mini stock class with a 18.486. When it came to race time, nobody had anything for Gannon Cyphers as he won the heat race and followed up with the main event victory. Jarrett Mayo was second with Brian Murrell, Jr. third, Klinetobe fourth and Cole Peterson fifth.

Sophomore driver Tanisha Ratzlaff had a night. Ratzlaff was fastest in roadrunner qualifications with a 20.487 time. Ratzlaff was also victorious in the heat race. The young racer had a fight on her hands in the main event as defending champion Jeremiah Martin was able to take the lead in the middle stages of the race. Losing the lead seemed to kick Ratzlaff into another gear as she was able to get by Martin a lap later and held on to win her first feature of her career. Martin placed second followed by Nick Ford, Brian Hopkins and Dylan Ford.

The 2022 season will resume Saturday May 14 at the Acres with late models, Legends, bombers, mini stocks and roadrunners all returning to the track. If you’d like to catch a video replay of the entire Rhododendron 100 night, the video on demand is available at RacinTheAcres.tv and SpeedSport.tv for $15. Full race results and points can be found on www.RacinTheAcres.com. You can also find RAR on Facebook or Twitter @RacinTheAcres.