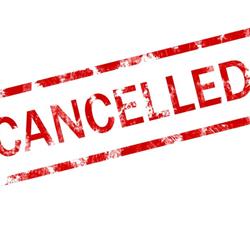 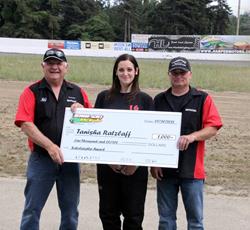 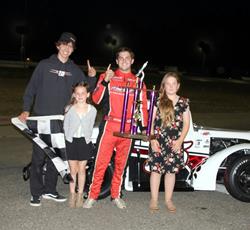 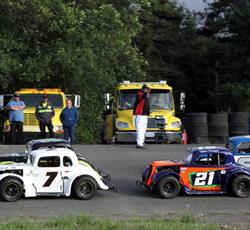 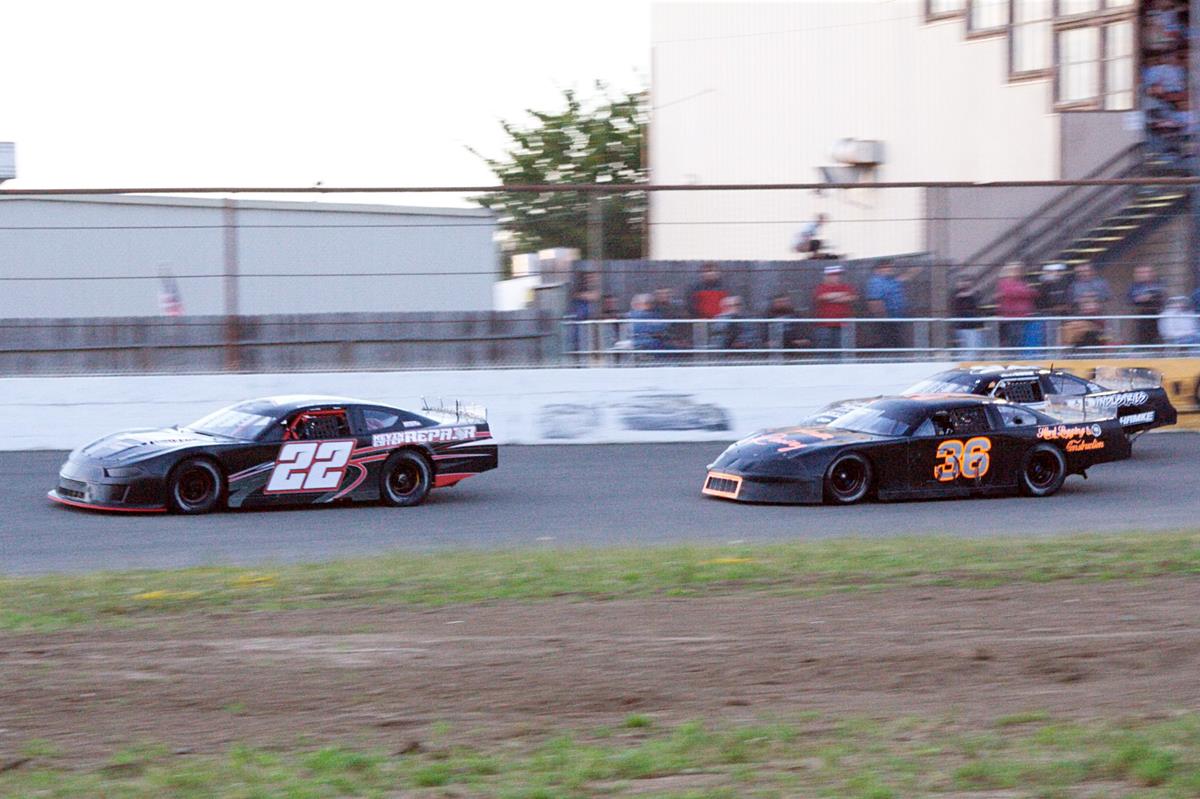 There were plenty of fireworks both on and off the track Saturday night at Redwood Acres Raceway. Harper Motors presented a thrilling evening of racing that featured local Late Models, Legends, mini stocks and roadrunners. The Upstate Bomber Series also joined in for the event for the first time in 2022. Following the races, the packed grandstands were treated to a spectacular fireworks display in honor of Independence Day.

David Miller was quickest in late model qualifying with a 15.964 time. The late model feature was originally scheduled for 100 laps but a short field cut the event to 60. In spite of that, the main event did not lack in action. Luke Hall dominated the feature event but had his hands full all race long trying to hold off the competition. Hall withstood challenges from David Henderson, Mike Doss, Dane Nissen and David Miller at some point or another in the race.

With 14 laps remaining, Miller was able to power under Hall off the second turn to take the lead. Hall was freight-trained by Doss and Nissen but contact between himself and Henderson brought out one of the few cautions in the race.

Miller had to fight hard in the closing laps of the race as Doss was all over his bumper while Nissen was looking for any opportunity that was available to take advantage of. Doss did all he could to pressure Miller but didn’t have enough. At the finish it was Miller winning over Doss and Nissen. Henderson finished fourth followed by Nick Ford in fifth.

Upstate Bomber Series qualifying was paced by Loren Powers, Jr. with a 17.929. Heat race one was won by Jordan Krupa with heat race two was taken by Sam Brown. Things got heated in the early stages of the 50-lap main event as Brown and T.J. Buzzard came together on two separate occasions with both drivers ending their night in the pits.

Ryan Walters moved to the lead quickly and pulled out to a large margin over the rest of the pack as the faster qualifiers had to fight to get to the front. Powers made it to second and slowly began to close on Walters as the laps clicked off. As the mid-way point came closer, Powers began to pressure Walters for the lead. Powers was able to take the lead from Walters right at the halfway point. The field spread out and Powers pulled away from the competition. At the finish it was Powers taking the win over Walters. Raquel Krupa had a strong third place effort. Forrest Kuecker finished fourth while Anthony Fomasi placed fifth.

Brett Murrell was fast time for the Legends division with an 18.118. Main event one was a thrilling battle between two close friends in Murrell and Jordon Paiment. The two battled hard for the lead, trading the position on multiple occasions. Paiment was able to get to the lead late in the going and held on to take the victory. Murrell held on to second while Tyler Krupa, Tyler Avelar and Scott Taylor rounded out the top five.

Main event two featured a battle for the race win between Avelar and Murrell. The two drivers appeared to be on equal footing but Avelar appeared to have the advantage as the checkered flag neared. Avelar was able to hold off Murrell to earn his first Legends feature win. Krupa placed third followed by Paiment and David Dunlap.

Gary Klinetobe set fast time in the mini stock division with an 18.898. Gannon Cyphers was unbeatable when it came time to race as he was victorious in both the heat race and main event. Cole Peterson took second followed by Joe Bonomini, Klinetobe and Colton Kinsey.

Fast time in the roadrunners was Dylan Ford with a time of 20.602. It was Tanisha Ratzlaff’s night as she won the heat race and the main event. Dylan Ford took second in the main followed by Solomon Kessenich, Ryan David and Nick Ford.

The next event for Redwood Acres Raceway will be the Legends Of The Redwoods Shootout on Saturday July 30. The top Legends drivers in the region are expected to compete against the best of the best that Redwood Acres Raceway has to offer. Mini stocks and bombers will also be racing on the night. For more information visit RacinTheAcres.com. A full video on demand of this past Saturday night’s event is available at RacinTheAcres.tv or SpeedSport.tv. You can also follow RAR on Facebook or Twitter @RacinTheAcres.