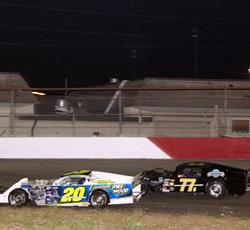 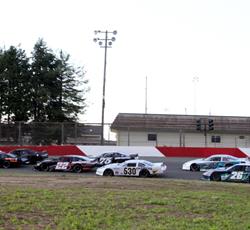 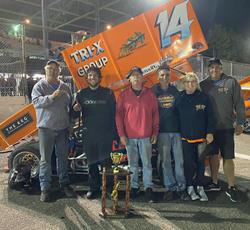 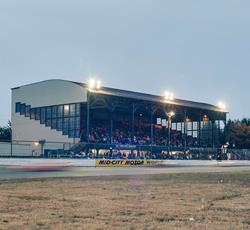 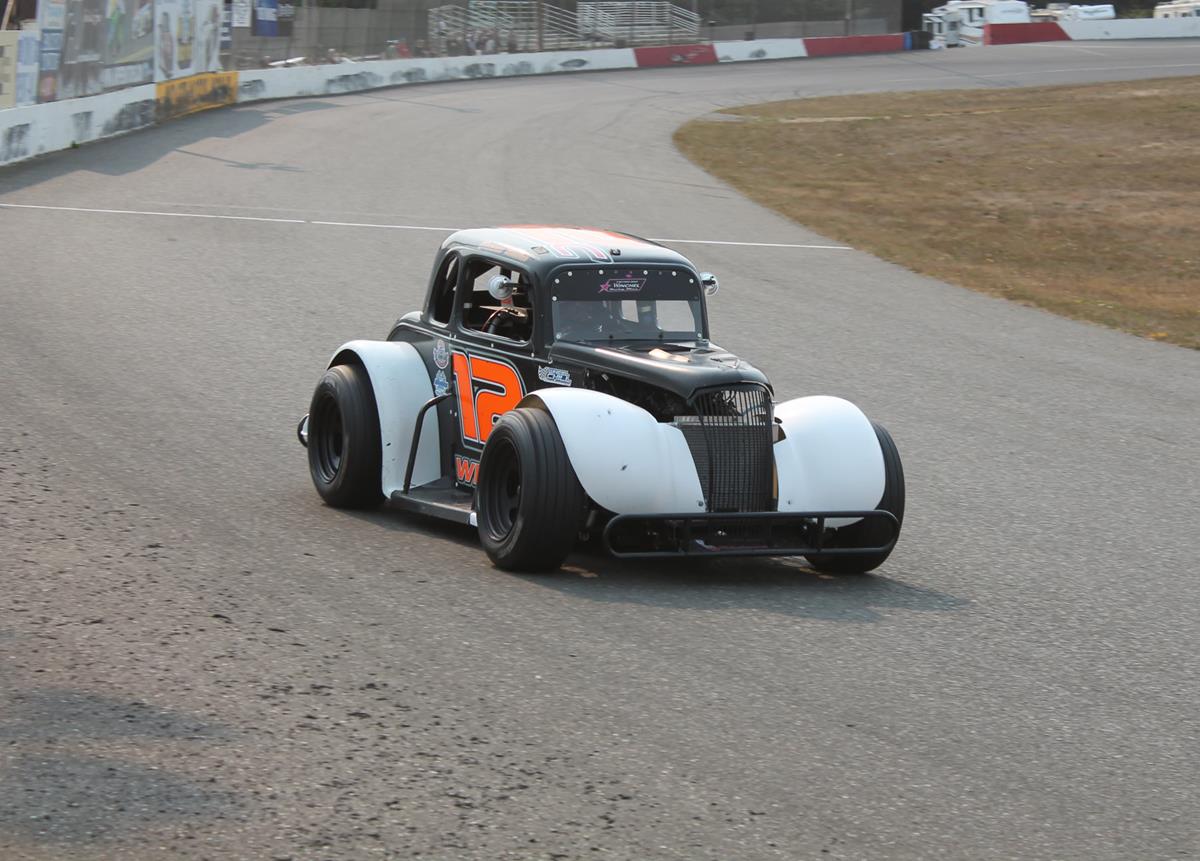 The 2021 season at Redwood Acres Raceway is quickly coming to a close. With the number of races being fewer and the chances to gain points and win races being fewer, every lap in every race is becoming more and more important. That was evident this past Saturday night as there was plenty of tight and exciting action. Redwood Capital Bank presented the evening’s races which featured Legends, bombers, mini stocks and roadrunners.

Bob Ratzlaff was fastest in qualifying for the roadrunners. The heat race winners were Nick Ford and Dylan Ford. The 25-lap main event saw Tanisha Ratzlaff jump to the race lead and build up a half-straightaway lead over the rest of the pack. Five laps into the race, Ratzlaff began having transmission issues which allowed Dylan Ford and Bob Ratzlaff to quickly catch her. On lap six, coming off the fourth turn Ratzlaff slowed suddenly. Behind her, Ford and Bob Ratzlaff attempted to avoiding running into her. The result was Bob Ratzlaff hitting the wall bringing out the caution flag.

Tanisha Ratzlaff led on the restart but her transmission issues returned which forced her out of the race after nine laps. The remainder of the race featured a fantastic back and forth duel for the lead between Dylan Ford and Jeremiah Martin. A caution for Ty Rose bunched the field on lap 20 but when racing resumed, Ford and Martin were able to pull away and continue their fight. Dylan Ford was able to withstand the immense pressure to take the win. Martin was second followed by Nick Ford, Shawn Wildman and Solomon Kessenich.

Fast time for the mini stocks was Jarrett Mayo with an 18.827 time. Joe Bonomini won the first heat while Gary Klinetobe won the second. Brian Murrell, Jr. was the first of the faster qualifiers to break through to the front of the field in the 25-lap feature race. Murrell pulled out to a huge lead while Gannon Cyphers had his hands full trying to hold off Mayo and Klinetobe for second. Mayo fought lap after lap trying to pass Cyphers and was finally able to do it with nine laps remaining. As the laps clicked off, Mayo drew closer to Murrell’s car. Unfortunately for him, time ran out. At the checkered flag it was Murrell taking the win over Mayo. Klinetobe placed third followed by Cyphers and Colton Kinsey.

Raquel Krupa set the standard in bomber qualifying with a 18.557 lap. Ed Rasmussen was the heat race winner. Ed Rasmussen jumped to the lead when the green dropped in the 30-lap main but Tyler Krupa was right in his mirror. Krupa rode lap after lap behind Rasmussen before taking the lead halfway through the race. Krupa sailed away as the event went caution-free to take the win. Rasmussen placed second followed by Jordan Krupa, Raquel Krupa and Steve Kimberling.

Cody Winchel’s qualifying time of 17.672 set a new track record for the division. Dylan Hagman won the first heat race. The second heat race had an incident which knocked Brett Murrell out of action for the remainder of the night. Brandon White took the second heat win. As usual, the start of the 35-lap Legends main event was a land rush to the lead as faster qualifiers tried to get to the front as quickly as possible. Tyler Avelar led the opening four laps but on lap five he fell to fourth as Chris Lawrence, Winchel and White took the top three positions. The caution flew the last lap when Bill Cummings spun in turns one and two.

Lawrence was up on the wheel at the restart as he was doing everything in his power to hold off Winchel and White. On lap nine, Winchel got to the inside of Lawrence off the fourth turn. White was able to find a line under both drivers and for a brief moment it was a three-wide battle for the lead. Winchel and White came into contact with White losing control and coming to a stop in the infield. The caution flew and Winchel was sent to the rear for his involvement in the incident.

Lawrence knew that he had to build a lead quickly and attempted to do just that on the restart. White and Winchel were back to second and third on lap 17. Two laps later, White moved under Lawrence to take the lead. Unfortunately for him, a spin by Emily Vest off turn two brought the caution flag out which reverted the lineup to the previous completed lap allowing Lawrence to retain the lead.

The race win was ultimately decided on the race’s final restart. Lawrence didn’t get the restart he wanted. Behind him, Winchel nailed his restart and was able to get by the front row and take the lead. White pulled into second and tried to find a way by Winchel for the lead. The front two cars were evenly matched and White’s only shot at winning would be if Winchel made an error. Winchel held true and was able to hold off White to win. Lawrence finished third while Avelar and Malessa Miles had a fantastic fifth place effort.

2021 is going to go out with a bang at Redwood Acres Raceway as two two-day events will round out the season. The next race is Friday September 10 and Saturday September 11, the Legends Of The Redwoods Shootout. Friday’s race will feature Legends, bombers, mini stocks and roadrunners while Saturday’s events will have the addition of the late models and the Upstate Bomber Series. RAR officials are expecting a large car count for the Legends division for the event and considering the type of racing the class has put on this year, race fans will not want to miss out. For more information, visit RacinTheAcres.com or visit RAR on Facebook or Twitter @RacinTheAcres.