10/8/2021 -
Although racing at Redwood Acres Raceway ended on September 25, there is still one more thing that is left to do and that is to crown the local divisi 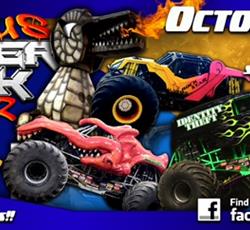 10/15/2021
Monster truck fans will have plenty to look forward Friday October 29 and Saturday October 30 as the Malicious Monster Truck Insanity Tour will visit Redwood Acres Raceway. Pre-sale tickets are available on this website and will be available for purchase at Automasters in...more 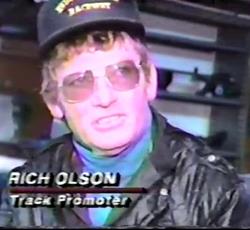 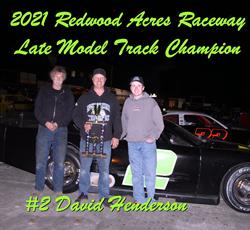 10/8/2021
Although racing at Redwood Acres Raceway ended on September 25, there is still one more thing that is left to do and that is to crown the local division champions and celebrate a successful 2021 season. That is exactly what will happen Sunday November 7 at 4:00 PM at the...more 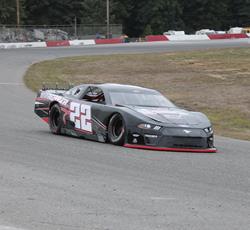 9/27/2021
The 2021 season came to a close this past weekend for Redwood Acres Raceway with the annual Fall Spectacular. The special two-day event saw the crowning of champions in local divisions as well as wild and thrilling action as drivers went for big money. The Fall Spectacular...more 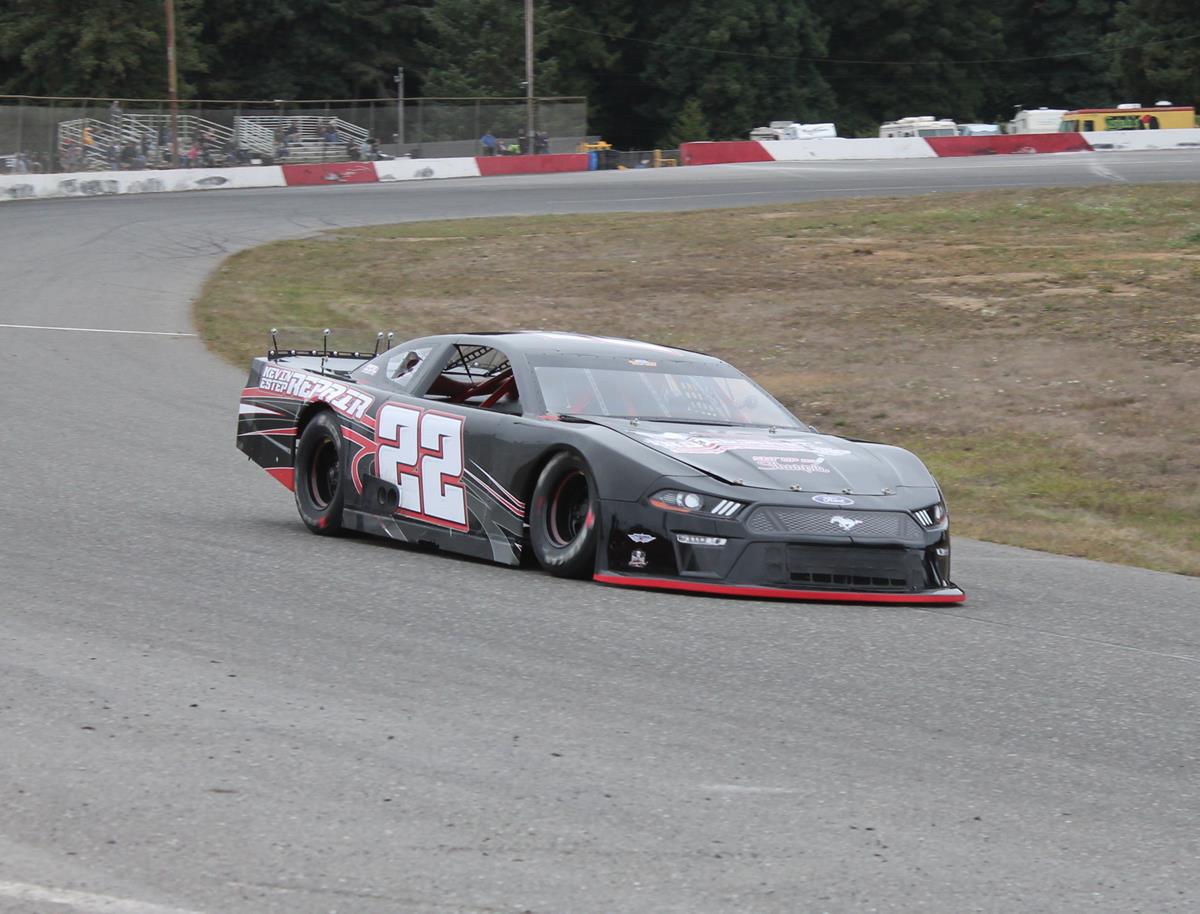 The 2021 season came to a close this past weekend for Redwood Acres Raceway with the annual Fall Spectacular. The special two-day event saw the crowning of champions in local divisions as well as wild and thrilling action as drivers went for big money. The Fall Spectacular was presented by Chris Sarvinski, Cutten Realty Property Management, Four Star Realty, McMurray And Sons Roofing, O’Reilly Auto Parts and Walters Trucking.

Friday night’s show featured the final events for the roadrunners and mini stocks while the bombers and Legends also raced. Jeremiah Martin was fast time with a 19.828 nearly besting the division track record. Martin was victorious in the heat race and dominated the 25-lap feature event for the win. Ryan David placed second with Dylan Ford third and Nick Ford fourth. Fifth place finisher Bob Ratzlaff was crowned the 2021 roadrunner division champion.

Brian Murrell, Jr. came up just short of setting a new track record for the mini stocks with an 18.485. Eric O’Ferrall won the heat race and earned the mini stock track title by taking the green flag in the 25-lap main. Jarrett Mayo held off a late charge by Murrell, Jr. for the main event victory. Gary Klinetobe finished third followed by O’Ferrall in fourth and Cole Peterson in fifth.

Bomber qualifying was paced by Loren Powers, Jr. with an 18.050. Ed Rasmussen won heat one while Tyler Krupa won heat two. The 40-lap main event featured fantastic racing for the lead between Tyler Krupa, Raquel Krupa and Powers. Tyler Krupa was able to hold on to win over Raquel Krupa, Powers, Brian King and Rasmussen.

Late model and modified star Jeremy Doss was quickest in Legends division qualifying timing in with a 17.758. Heat race winners were Andy Thornton and Brandon White. Doss was virtually untouchable in the feature taking the win in the 40-lap race over White. Cody Winchel, Kylie Daniels and Brett Murrell rounded out the top five.

Sunday’s event featured the addition of the North State Modified Series and the late models along with the bombers and Legends. Prior to the start of the night’s races, a tribute was held for Dale Baldwin, Steve Taylor and Dave McMurray. All of the North State Modified Series drivers took memorial laps in their cars while waving American flags while balloons released from the track’s infield.

Fast time for the bombers was again set by Loren Powers, Jr. with a 18.080. The heat races went to Ed Rasmussen and Raymond Taylor. Powers got to the lead early in the 30-lap main event and ran away to take the victory. Tyler Krupa placed second and clinched the track championship for the bombers. Brian King, Raquel Krupa and Donovan Cox completed the top 5.

Cody Winchel set a blistering new track record for the Legends with a 17.601 qualifying effort. Maleesa Miles and Jeremy Doss took the heat race wins. The 35-lap main event was plagued with cautions but also featured spectacular racing between Doss, White and Winchel as the three traded the lead on numerous occasions. Doss was able to prevail in the end to take a hard-fought win. Winchel took second with White third earning him the Legends division championship. Kylie Daniels was fourth and Aiden Daniels fifth.

The North State Modified Series had an outstanding 25-car turnout for the Dale Baldwin Challenge, the richest race in the history of the series. Jason Philpot not only set fast time but broke the track record for the series at RAR with a 16.152. Scott Winters was the winner of the Lucas Oil Dash for cash earning $100 dollars with runner-up Keith Bloom receiving $50. The 60-circuit Dale Baldwin Challenge was littered with numerous caution periods. In spite of the slow-ups, there still was a fair share of thrilling action up front as Kyle Tellstrom, Jeremy Doss and Winters pulled away from the pack during a long run in the mid-stages of the race.

The race was ultimately determined on a lap 52 restart when Tellstrom and Doss appeared to get together. Doss spun in turns one and two and NSMS officials penalized Tellstrom for his involvement in causing the incident. Winters inherited the lead for the subsequent restart which saw another caution with Doss and Tellstrom making heavy contact off the second turn. Due to the numerous caution periods and the necessity to start the late model feature before 10:00 PM the race was called after 52 laps. Winters earned the $5,000 victory. Second place Charlie Collins took $2,500. Cameron Austin in third earned $1,500. Cole Brown ran a smart and smooth race in honor of the late Steve Taylor taking fourth and $1,200. Fifth place Keith Bloom received $1,000.

Fast time for the late models was David Miller with a 17.006. Richard Knight won the first heat with Mike Sullivan winning the second heat in thrilling fashion. The 100-lap race saw Sullivan lead the early laps before giving way to Brandon Ash. Lapped traffic came into play as Ash lost the lead to David Miller while trying to lap Larry Bayless. Miller looked untouchable and even with a single caution bunching the field, it was clear that he would not be equaled on the night. Miller took the win and the $5,000 prize that went with it. Junior Roddy’s second place result gave him $2,000. Dustin Walters finished third and received $1,000 while $750 went to David Henderson for fourth. Ash’s fifth place brought him $500.

Redwood Acres Raceway would also like to sincerely thank its entire staff of race officials and the service and vending staff serving food, beverages and alcohol. Thank you to the fire safety crew for being the best in the business.

Finally, thank you to all of our racers and race fans who made the 2021 season possible. Thank you for your patience and courtesy working with track officials to ensure that Redwood Acres Raceway was able to have a full season without a cancelation through the COVID-19 pandemic. We look forward to seeing you in 2022 and hope to have an even better year next year.

Stay up to date with everything going on at Redwood Acres Raceway by visiting RacinTheAcres.com or following RAR on Facebook or Twitter @RacinTheAcres. 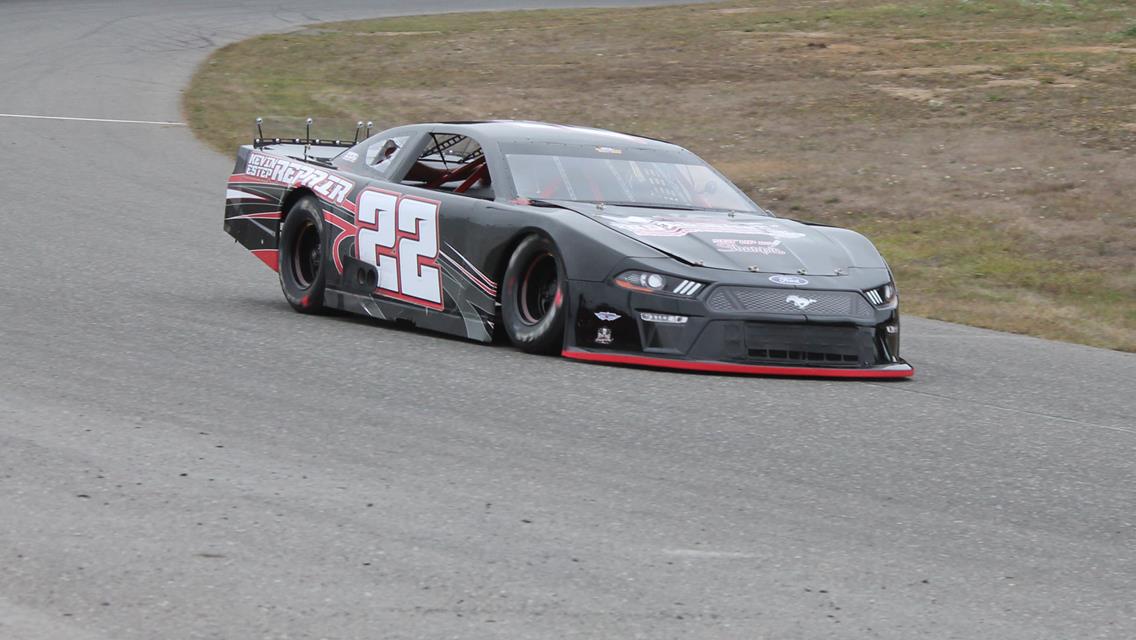