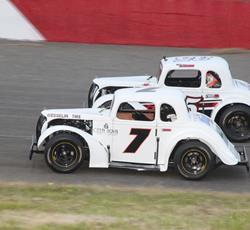 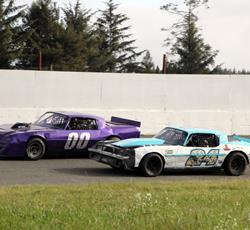 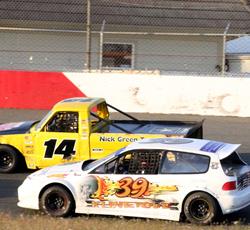 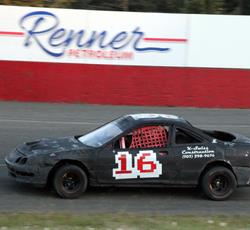 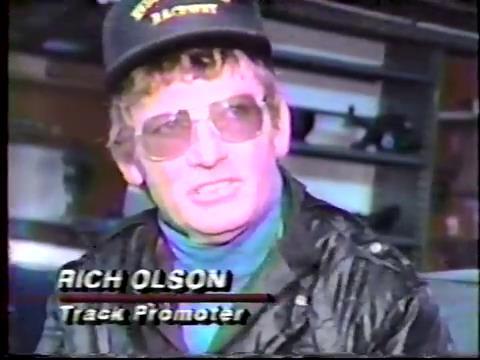 Olson facilitated the paving of Redwood Acres Raceway through the winter of 1987-1988 and began his long tenure of promoting the 3/8-mile track with his wife, Linda. The Olsons promoted RAR for an astounding 26 seasons with their final season coming in 2014. Through their hard work and dedication, RAR was able to continue hosting races uninterrupted while many race tracks along the west coast and throughout the United States closed or failed due to mismanagement or other business reasons.

Prior to promoting RAR, Olson’s connection to racing started as a car owner in the early 80s when his son Randy began racing at age 17. For most of the decade, Randy raced his blue number 17 RAO Construction sponsored car at various tracks up and down the west coast. Rich also owned a car that Randy raced in the then NASCAR Winston West Series for several years. When Rich took over promoting duties at RAR in 1988, his youngest son Rusty also began racing in the track’s street stock division.

The rise of the Tri-Western series coincided with the beginning of Redwood Acres Raceway’s Fall Spectacular which has continued to be the annual closing event for the track. As the 90s moved into the 00s, the Fall Spectacular became a huge attraction for IMCA and Grand American modified drivers as the annual race also became a hugely popular end of the season stop. The speed of the track as well as RAR being neutral ground for modified drivers made for some thrilling and memorable races during the period.

When the Nor-Cal Best In The West Late Model Tour closed at the end of 1998, Rich and Linda took over promoting duties for the series and created the Tri-State Late Model Series. The series was hugely important at the time as it was the only late model touring series that raced throughout the region. The Olsons promoted the series in 1999 and 2000.

One of the highlights for Rich as his time promoting reached its end was watching his grandson Al race in RAR’s Thunder Roadster division. When Rich and Linda decided to step away from promoting at the end of 2014, racing at Redwood Acres Raceway was able to continue with almost no interruption thanks in part to their care in maintaining and preserving the track throughout the years.

Rich Olson was a kind, dedicated and hard-working man who contributed so much not only to racers at Redwood Acres Raceway but throughout the local community. Rich preferred to stay out of the limelight and often preferred to not be publicly thanked or recognized for his contributions. Though he is now gone, his legacy will always remain.